Peter, who established his Halifax-based business in 2002, served his apprenticeship more than 40 years ago at a traditional joiners and undertakers in the area. From an early age, he worked on historic and listed buildings where he became a dab hand in making cross-boarded doors which are considered the oldest method for creating doors commonly found in historic churches, farm houses and older buildings.

“The construction and appearance of our doors gives a quality feel and the perception that they many be hundreds of years old, even though they often incorporate high specification locks and alarm technology.”

As an experienced carpenter, Peter worked on various small and big restoration projects, including Salts Mill in Saltaire and Dean Clough Mills in Halifax but it was his life-long passion for producing cross-boarded doors which inspired him to set up his own business. It should come as no surprise that Peter enjoys restoring ash frames on classic cars including racing Bentley’s and Rolls Royce’s.

EVERYTHING IS MADE BY HAND

A major challenge for the business is the sourcing of good quality oak for the doors, and we are fortunate to have identified Summerscales Saw Mills in Grimsby who source and cut their own wood. Peter personally selects the boards for each door, and in addition, makes all the nails and studs individually in his workshop.

Hinges are made by a local engineer, whilst ironmongery which incorporates high security locks, is also sourced locally. 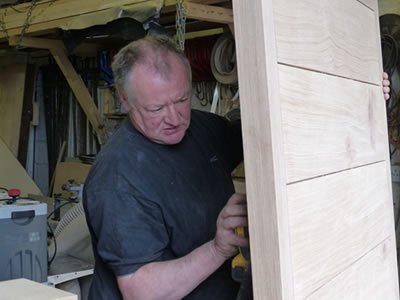 The crafting of cross-board doors is a painstaking process and starts off in the workshop where traditional methods to aging and maturing the oak. Peter’s team of craftsmen blends various oils, including linseed, to produce a natural finish. A cross-board door is process is very hands-on to ensure the quality of each door is finished to a high standard.

More recently, Peter and his skilled team finished a 3 year renovation project on a Grade 2 listed A Star Yeomans manor house in Halifax  which included restoring a 14th century door. Other projects include a Maltings barn restoration and producing a consignment of cross-boarded doors for an order from Japan. 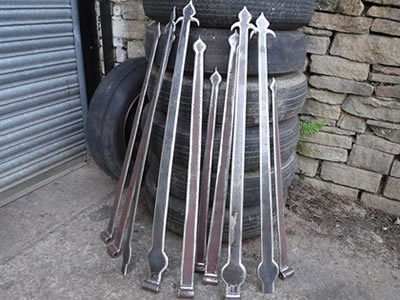 Attention to detail is the ability to achieve thoroughness and accuracy 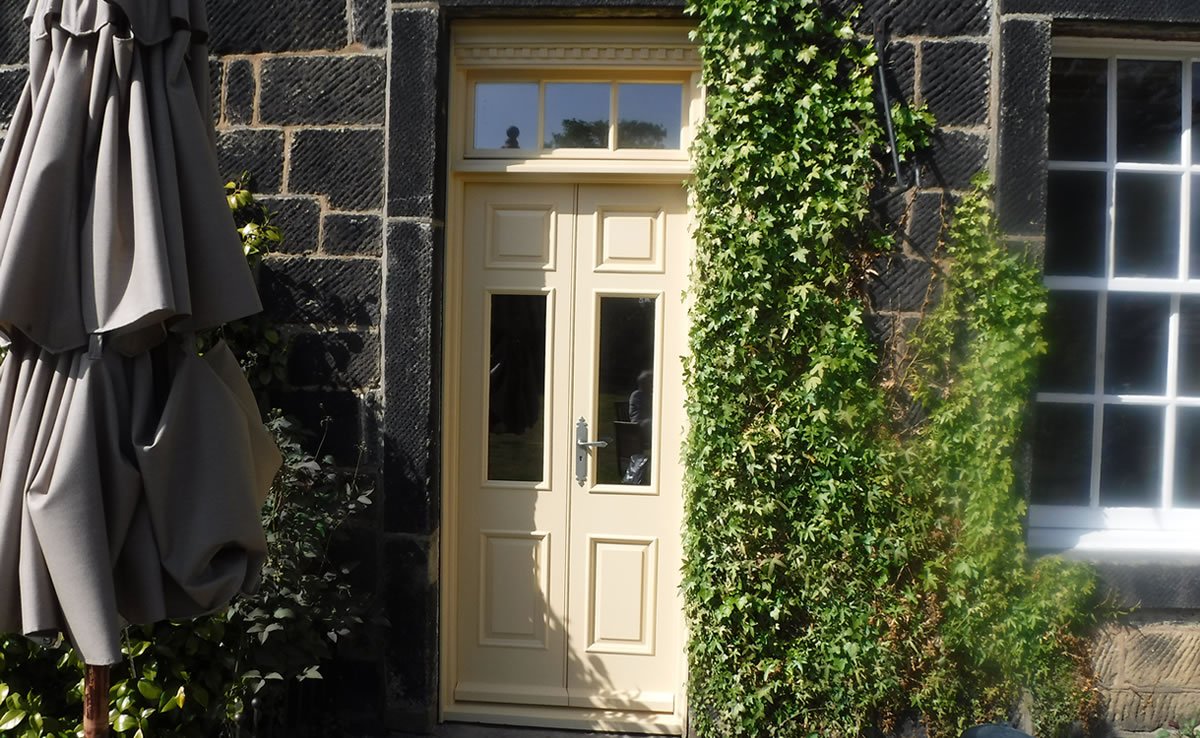 Replace doors on an early 16th century listed building in Halifax. We replaced the 1970's style glass doors which were covered by Ivy. 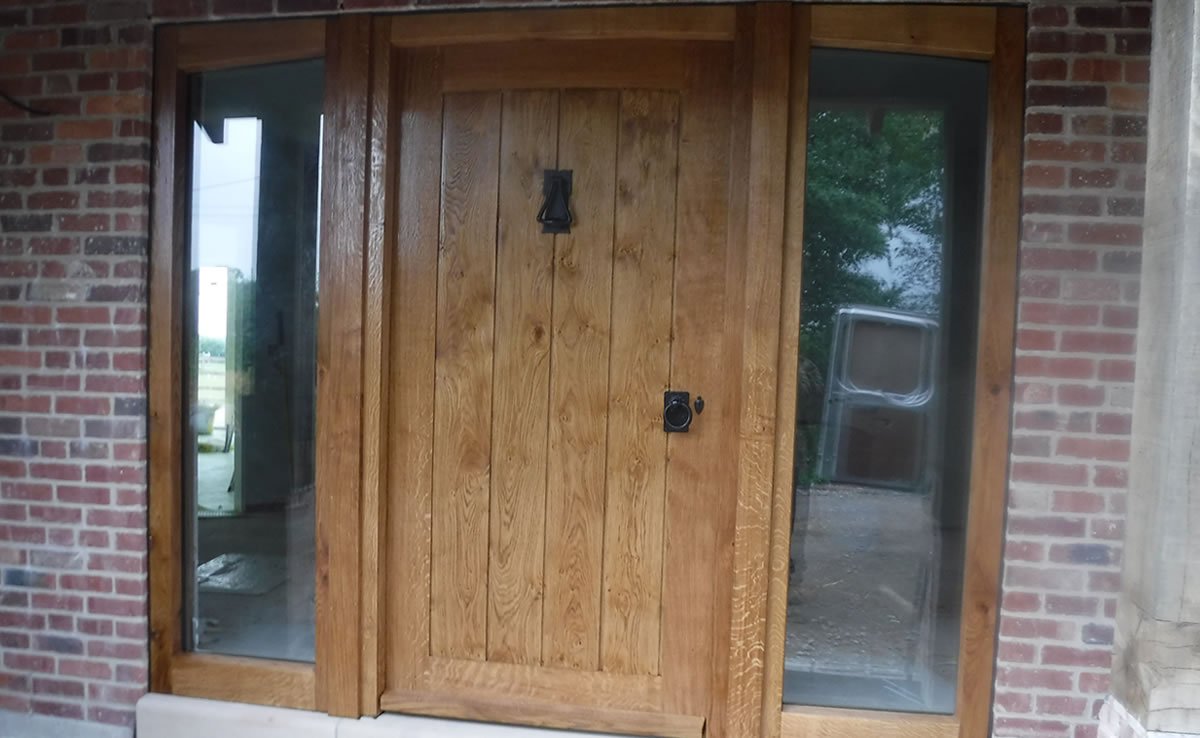 A new build in Derby for a large farmhouse. The customer wanted the front of the oak door to have a weathered look so it matched the porch. 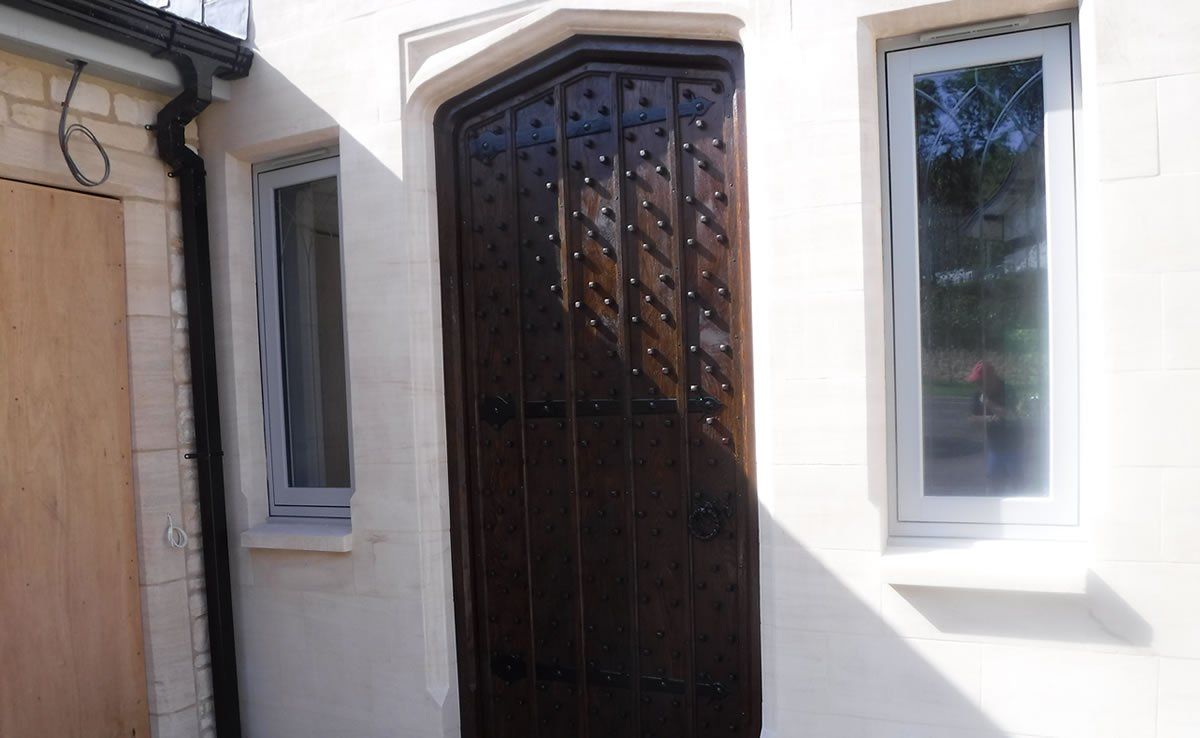 Cross boarded door with a Tudor top to compliment a new property build which over looks the sea in South Wales.